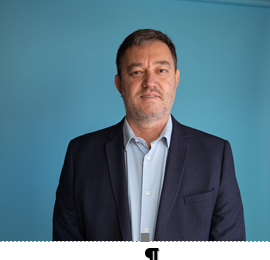 Wimpie Aucamp is 54 years old and grew up in Kwazulu-Natal, matriculating in Matatiele and completing his B.Com at the University of the Pretoria in 1985.

He started off as the Human Resources Manager at Mediclinic Sandton.  He became a Regional Human Resources Manager in Bloemfontein in 1996 and was appointed as the Hospital Manager of Mediclinic Sandton on 1 March 2000.  In November 2003 he was promoted to the position of Regional Chief Operating Officer of the Northern Region and December 2007 he was appointed as the Chief Operating Officer of Mediclinic Southern Africa and transferred to the Group Corporate Office in Stellenbosch.

Wimpie is married and have 3 sons.  Apart from spending time with his family, an important anchor in his life, Wimpie enjoys travelling, running and playing golf socially.